You are here: Home / Christmas / Wednesday’s What I Found – Christmas Curbside Find

That’s what my Better Half hears many days we are out and about.  I’m not yelling at his driving abilities.  He’s a good driver…at least in the forward position…not so much in reverse. That’s a whole different post though! I’m typically yelling STOP because I have just spotted someone’s trash that is inevitably going to be my treasure. 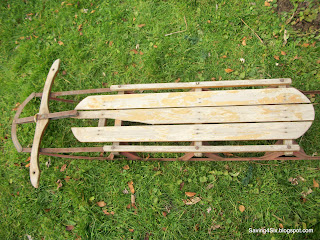 When I spotted this beauty I really couldn’t believe they were getting rid of it.  My Better Half actually went to the door to make sure that it was not decorating their trash can but that indeed they wanted it gone. 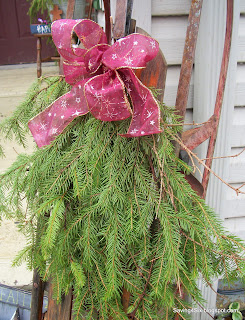 Do they not know that a simple swag of greenery…cut right from their own pine trees (which they had in their front yard – BTW) can make their trash look so beautiful!?  Maybe I should have suggested that to the owner instead of laughing with glee as I loaded it into my van.
Anywhoo, it’s mine now!  I snagged a swag of greenery, cut from my own pine trees and tied it with a bow. 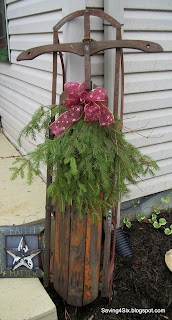 There you have it!
Their Trash…My Christmas Treasure.
Blessings,