You are here: Home / crafts / Easy Pincushion and Pin Storage

My Better Half got me this pincushion for Christmas.  He saw me eyeballing it at the store and went back and got it for me. 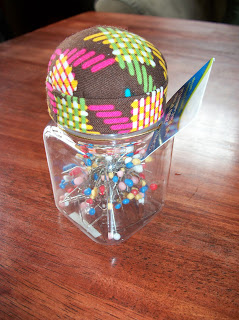 Little did he know, I was eyeballing it because I wanted to make one like it.
So, as much as I appreciated the thoughtfulness, I still wanted to make one.  So, here’s what I did.
Using a jar lid from some peanut butter,  I measured the rim of the lid and cut a piece of cardstock the same length and width and then a piece of material a little bigger. 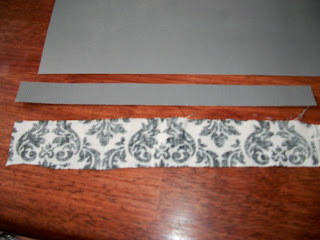 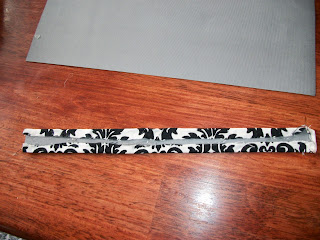 I hot glued the material to the piece of cardstock and then set it aside. 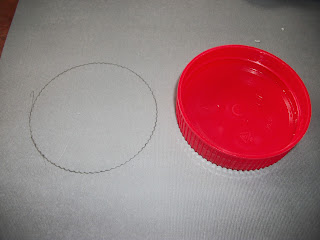 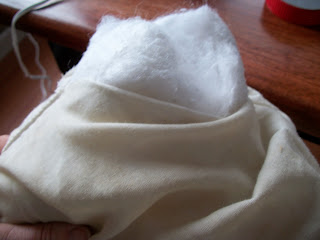 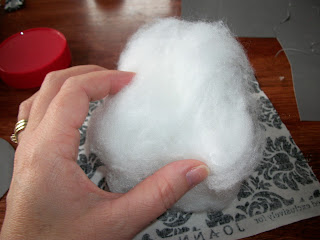 I then laid the circle on the top of the stuffing and then hot glued the material to the circle. 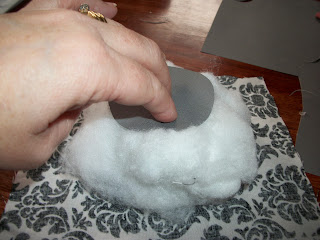 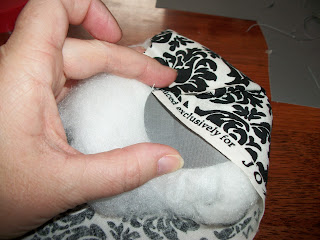 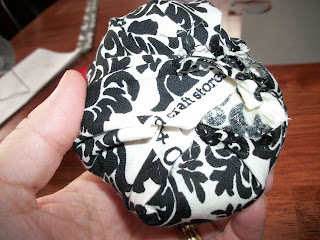 Next I hot glued the circle to the jar lid. 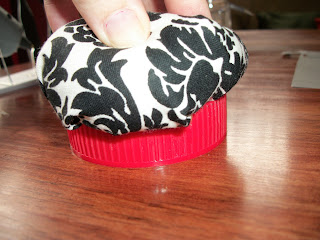 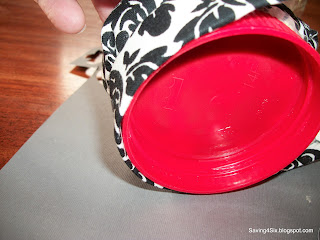 Finally, I took the strip that I made at the beginning and glued it around the rim of the jar lid. 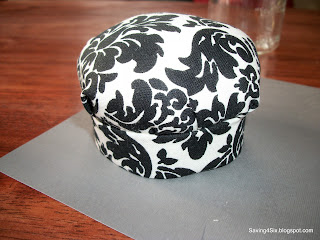 This was literally a 15 minute project. 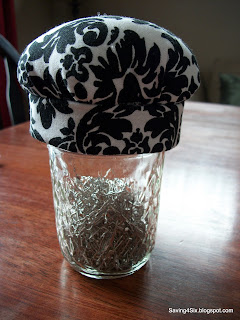 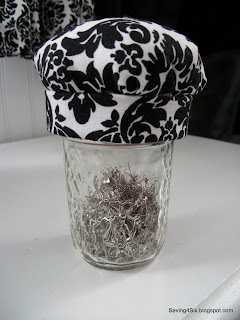