I ended up with 20 pounds of potatoes that were about to go bad and I needed to use them up ASAP. 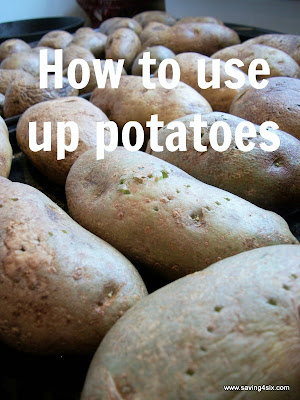 I remembered seeing this post on how to make Homemade Frozen Hash Browns and decided to give it a try. 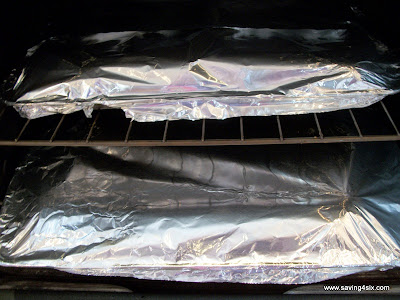 First things first, I scrubbed all the potatoes, poked them with a fork, covered and baked them in a 350 degree oven for about 1 1/2 hours. (Check out my findings below) 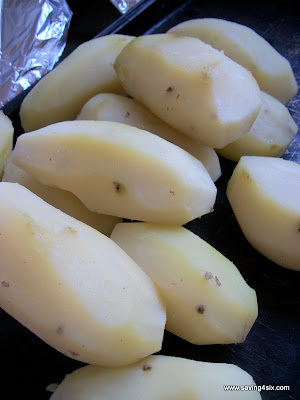 After they baked, they were really easy to peel. 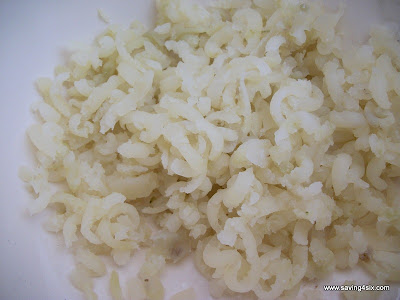 When they had cooled enough to handle, I shredded them. 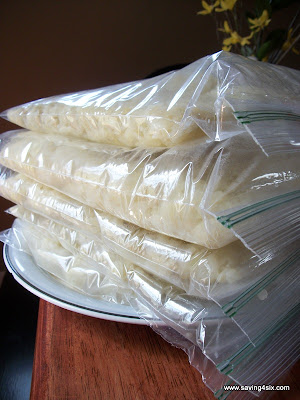 Once they were shredded and cooled, I placed them in freezer bags and laid them flat to freeze… 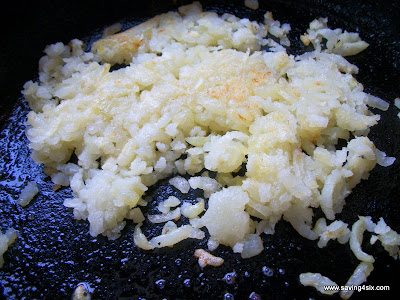 And of course, fried up some hash browns.  They were really good! 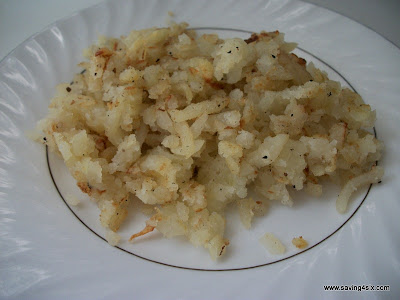 Now, I think I need to make a few disclaimers or comments about this process.  This was the first time I did it and I learned some lessons along the way…

-I said I baked the potatoes at 350 for 1 1/2 hours… if I ever make these again I will not bake the small ones nearly as long as the large ones. Many of the potatoes (because some were large and some were small) were over cooked and consequently, pretty mushy.  So as far as “shredding” them, it was pretty much like pushing the smaller ones through the holes of the shredder.    A baked, but firm potato works best for the shredding process.

-Once baked they were really easy to peel but maybe a little too easy.  I peeled away a good portion of my potato.

-When you freeze the hash browns I would lay them flat on a baking sheet first and  freeze them, then place them in bags after they are frozen.  It is hard to thaw them when they are in big clumps.

-I know that frozen hash brown potatoes can be expensive and I had kindly been given these bags of potatoes so this process was basically free this time, BUT in the future if I have to buy the potatoes to make these, I will consider the price of potatoes,  the energy to bake the potatoes, the time it took, and the mess it made. 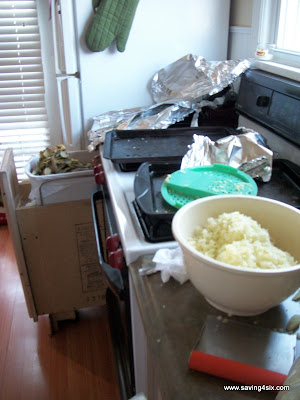 So, if you have a bunch of potatoes to use up and are looking for a good homemade hash brown and you don’t mind it taking some time…this is it. 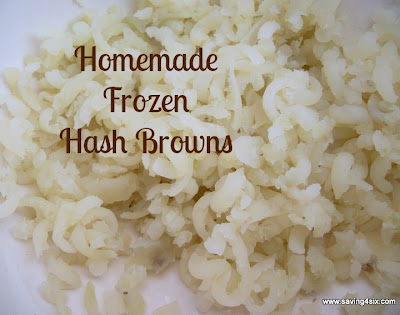 But if you are looking for a money and time saving option…I’m now sure this is something you will want to do.

For now however, I have 12 pounds of frozen hash browns in my freezer to enjoy!