I love pumpkin bread and I’ve tried several recipes but have stuck with the one I’m going to share with you today for quite some time. 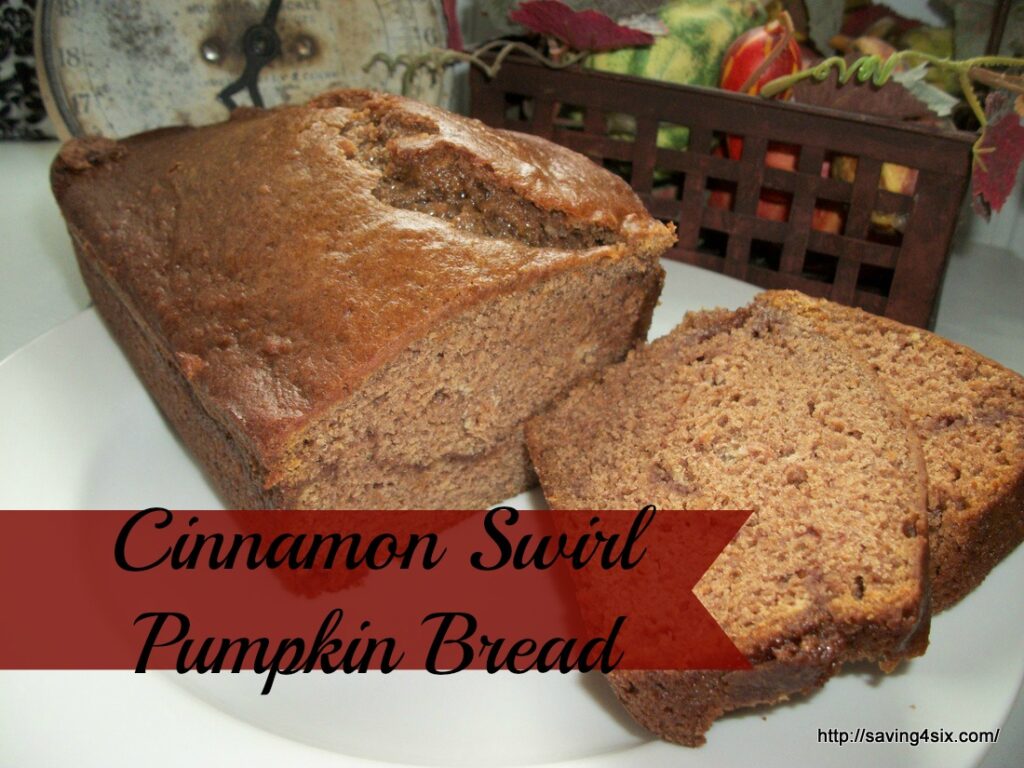 I have however recently added the yummy cinnamon swirl and I’ll tell you how I do it.

First I make up the batter for the pumpkin bread.  Once I pour some of it in the loaf pan, I then top with the cinnamon sugar mixture. 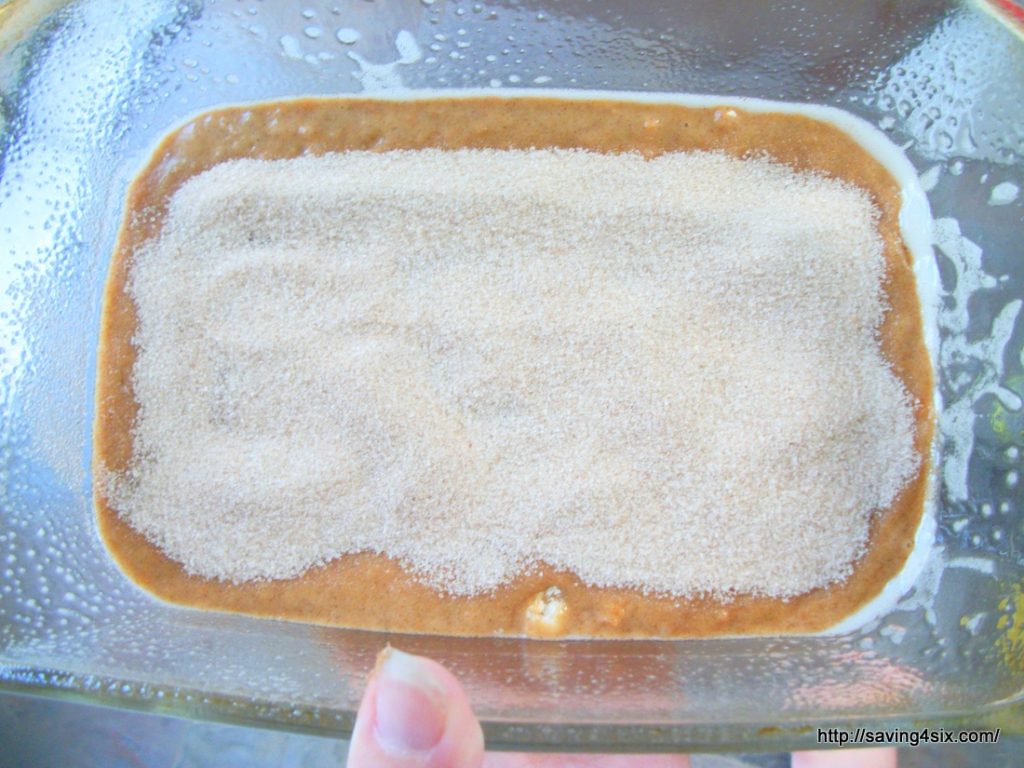 Finally, I pour the remaining batter on the top and bake.

You can see the exact recipe below, in my new fancy printable recipe cards.

It’s just a simple way to take pumpkin bread from ordinary to extraordinary.