You are here: Home / DIY / Customizing a Ceiling Fan

I’ve been going through some old posts and realized that once I share the reveal of a project, I sort of go on my way and forget to finish up sharing the ins and outs of the projects.  My boys’ bedroom makeover was one of those projects. 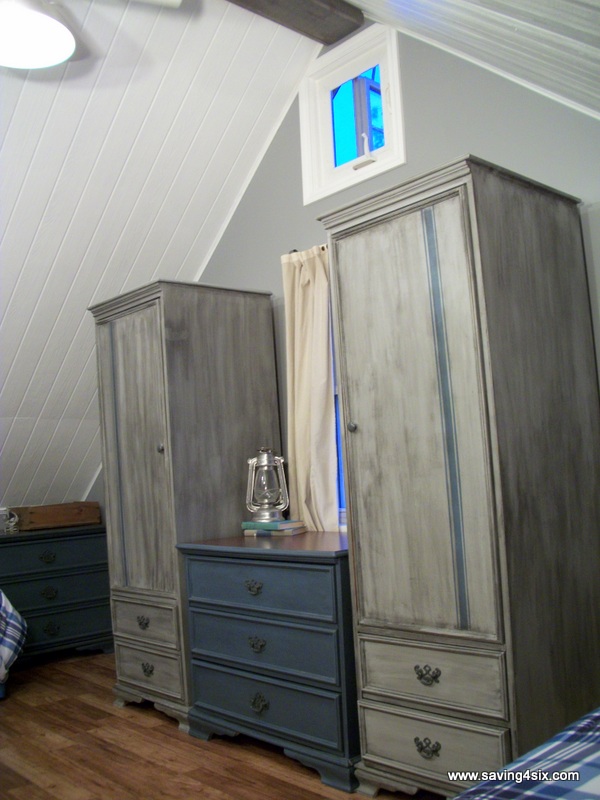 I showed you the demolition process, the tv cabinet to dresser transformations, flooring and drywall, wardrobe makeovers, and our really cool box beam.  There are a few other things I think you may want to see too. 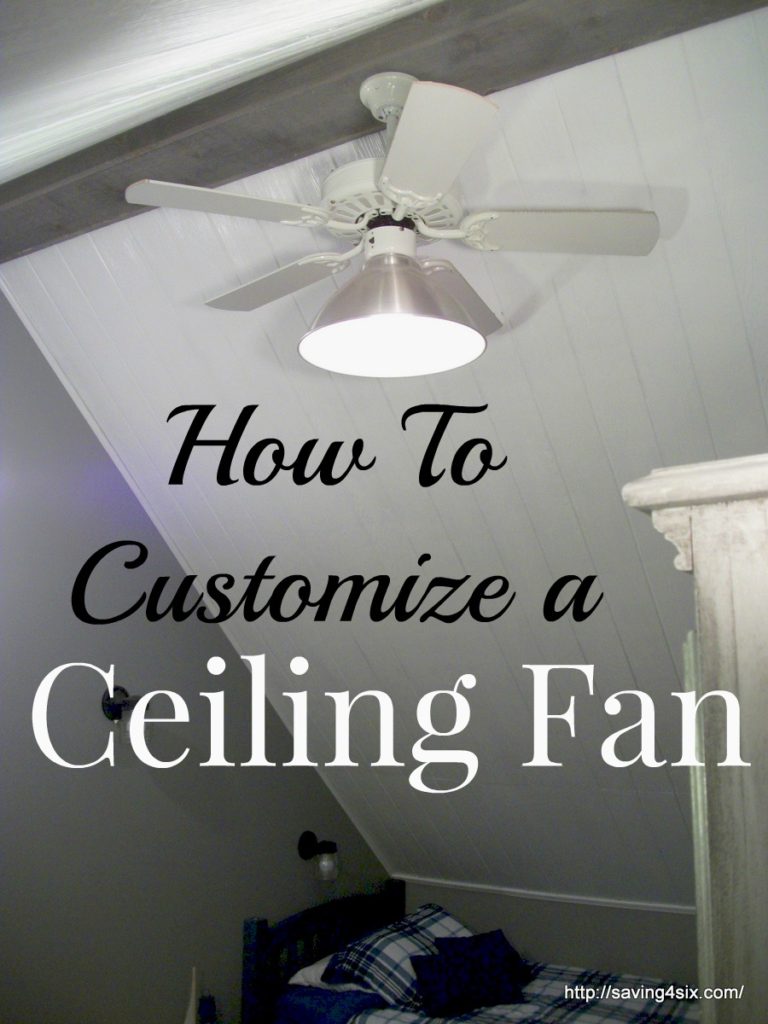 I’ve asked My Better Half to take over this post, because he customized this ceiling fan and I thought he could explain the process better.  So without further ado, the Brawn behind my brain.

So, here’s the dilemma…

We needed to install a fan in a vaulted ceiling, but the 52 inch blades of our second-hand fan, would have made the unit hang three feet from the ceiling.  We wanted to be able to move a lot of air in the boys room but keep the fan as close as we could to our box beam.  We decided the most practical (and cheapest) remedy was to cut down the blades to make it fit perfectly.

We began by removing the blades from their support arms and mounted the fan housing where we wanted it to be.  Next, we measured the distance between a support arm and the wall, and subtracted a half inch, just to be safe.  This gave us the desired length of the ceiling fan blade.

In order to cut all five blades exactly the same, they were laid in a stack and clamped together.  Before making the cut, we patterned the radius, on the blade at the top of the stack.

Using the miter saw, we took several cuts to get close to the final shape of the blades.  It was simple to use a palm sander to finish rounding the ends. 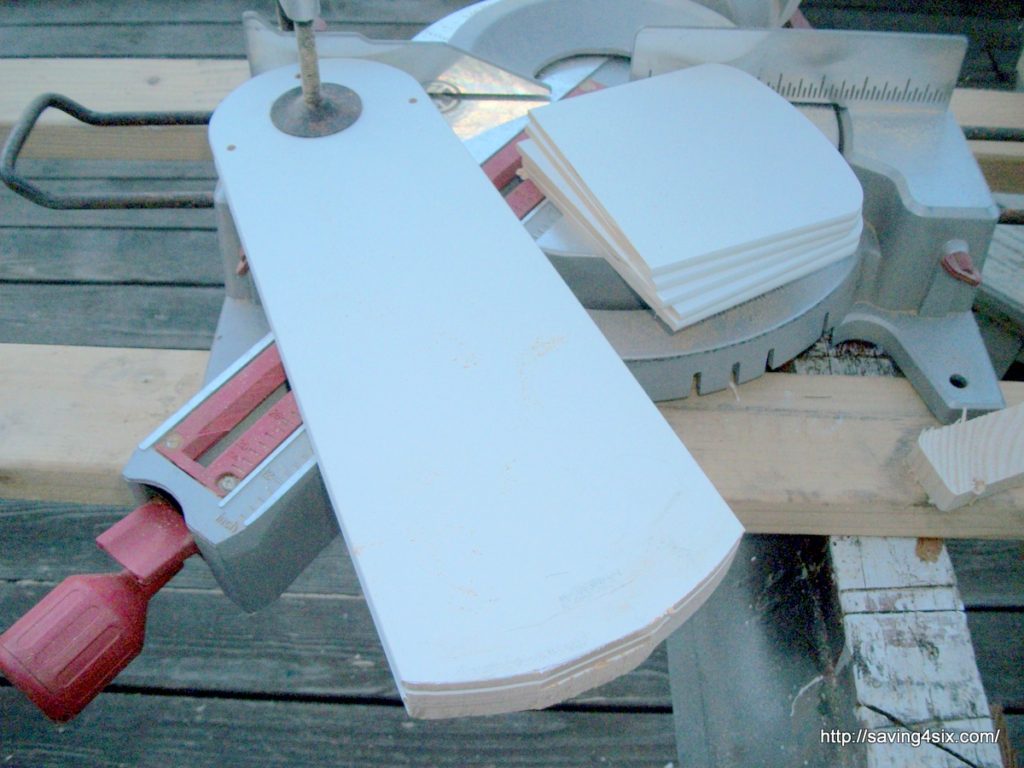 Finally, we painted the ends and reattached the blades to the support arms. 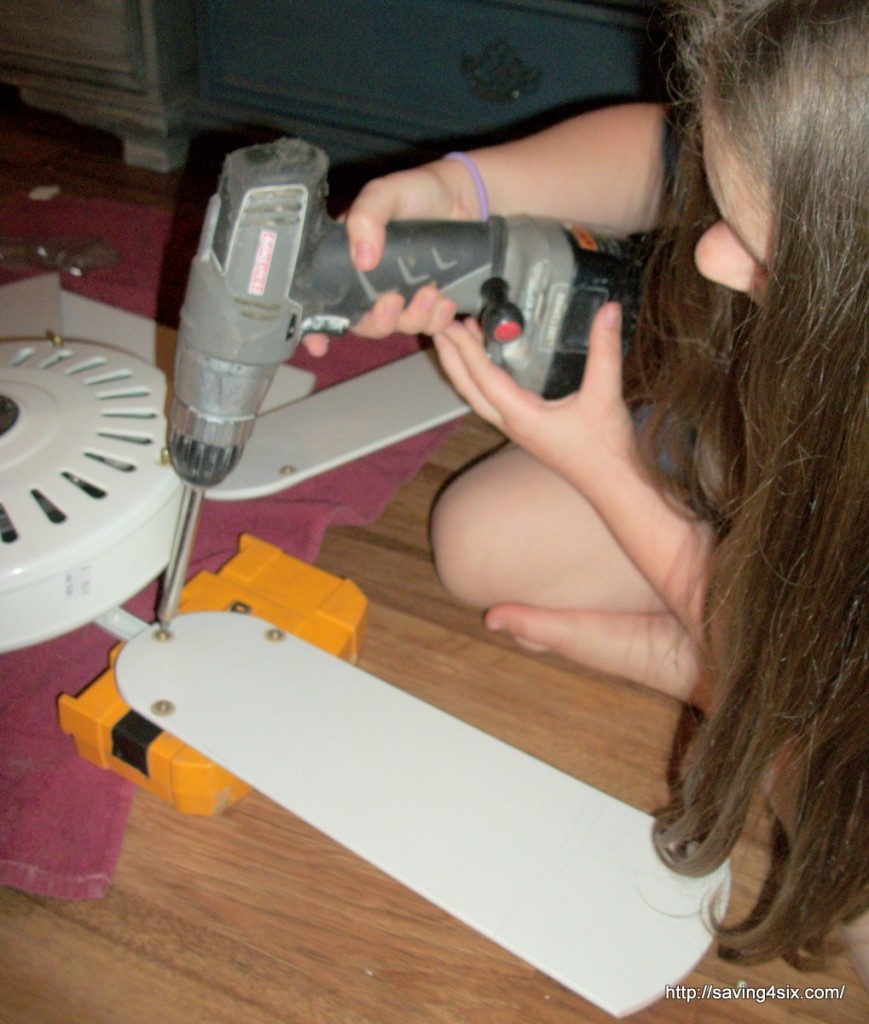 It took just a few minutes and an extra set of hands to hold the entire unit in place while it was being attached to the box beam. 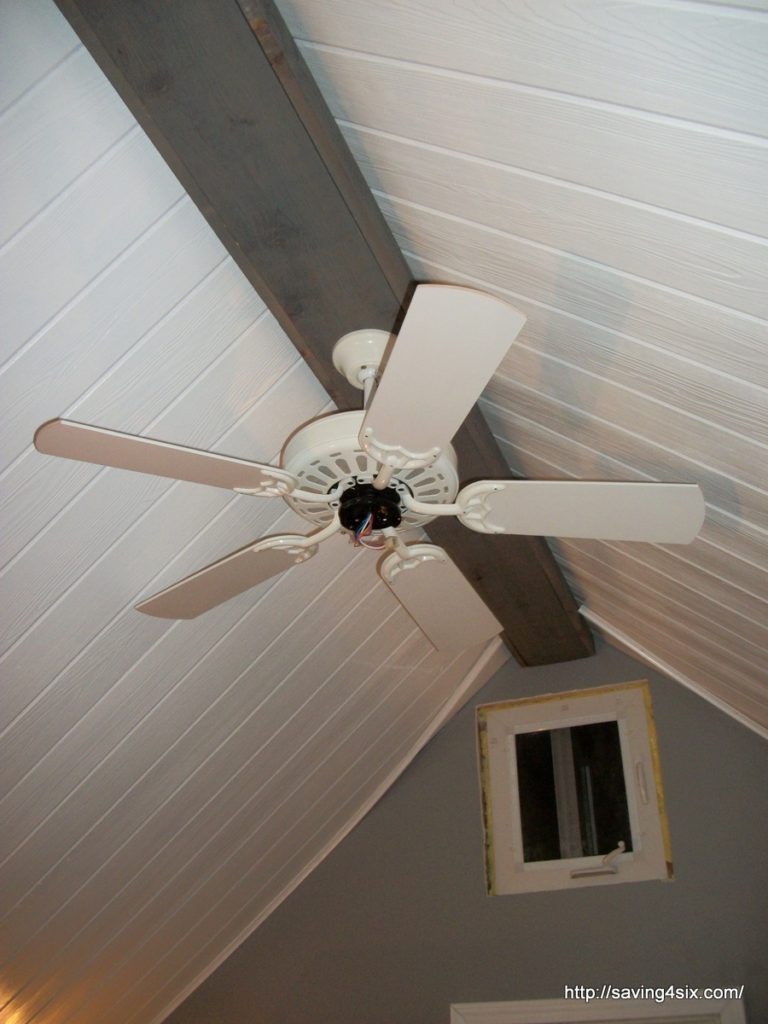 A little balancing was required, but now the fan fits the space perfectly and even seems to push more air than the bigger one. 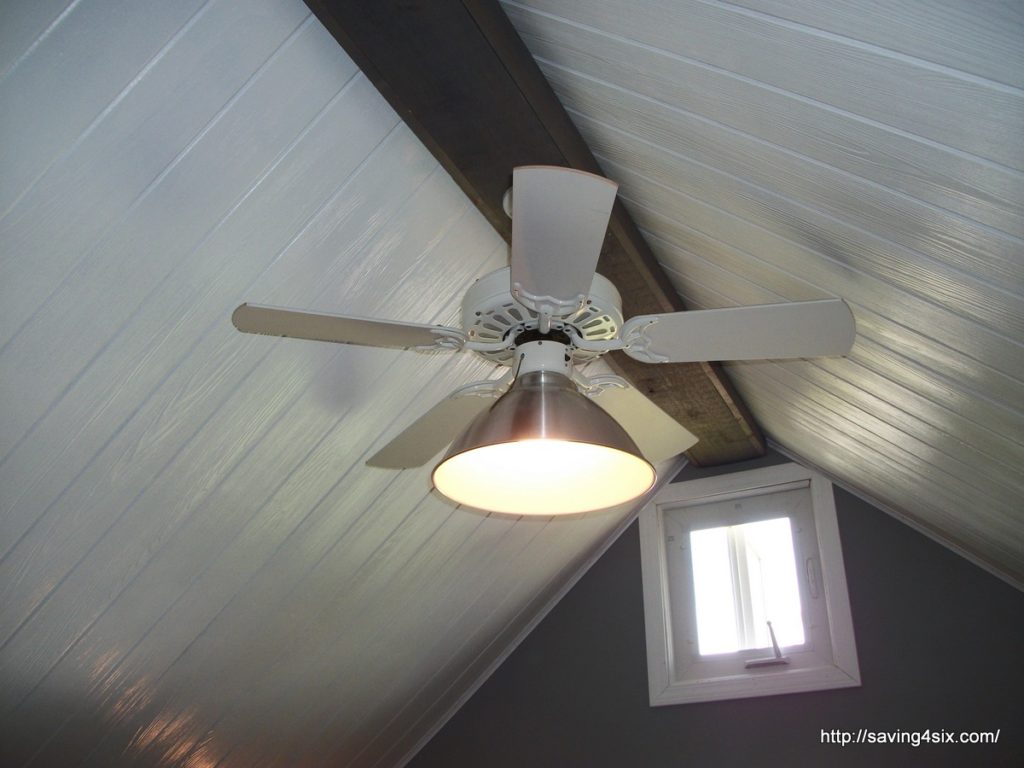 So, if you need to fit a fan in a smaller space, or that second-hand fan is too big, don’t just pitch it or walk away, it may just take a few minutes to customize and may even work better than before!