Pinterest…need I say more?  Oh, you know I have too!!   Pinterest is just an awesome resource of ideas!  I have had so much fun browsing and getting inspiration.  From home decor and decorating ideas to sewing projects and a boat load of funnies, it’s the cat’s meow.  My latest craze is HEADBANDS.  My princess has decided to grow her hair out and I couldn’t be more thrilled.  She is all girl and loves to have fancies in her hair and Pinterest has given me more ideas than I could even imagine.
I’ve taken the ideas a few steps further and created some of these headbands and wanted to share them with you.
The first one is from Little Sprinkles of Fun and was really easy.  I wanted a headband to match my daughter’s pumpkin shirt and this headband literally took under five minutes to throw together.  This is what I did:
I cut 2 two inch strips of felt and cut 3/4 of the way through them all the way down the strip. 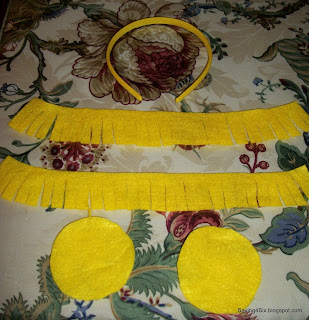 Next, I cut 2 two inch circles of felt.
I used the hot glue gun and started gluing the felt in a circular motion along one of the circles of felt and worked my way in. 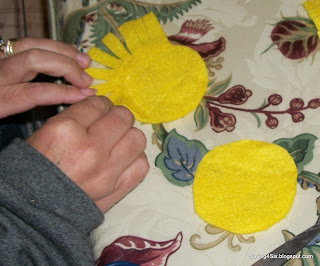 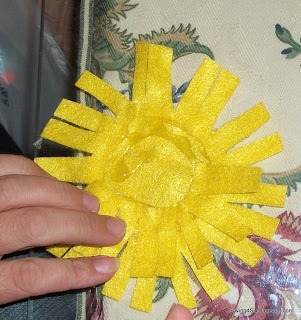 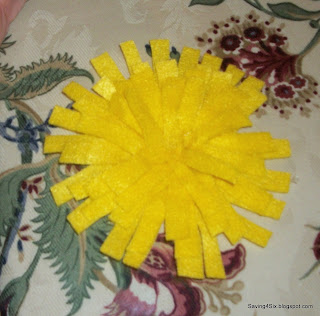 Finally, I adhered a little pom pom in the center but you could use some bling or a bead of some kind and then attached it all to the headband with the other circle piece of felt. 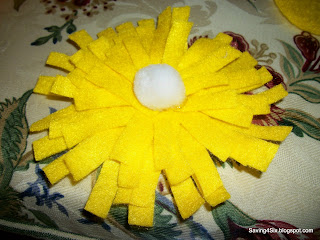 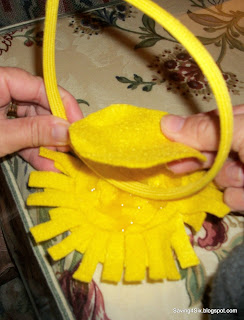 Aren’t these so cute? 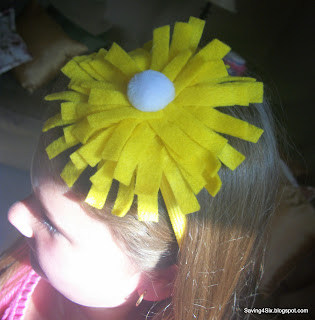 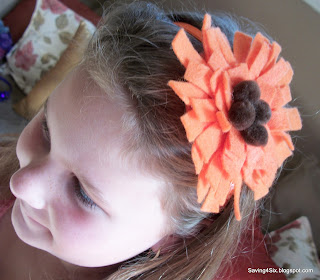 These next two were made similarly with the 2 felt pieces and then I just cut a bunch of circles of the material, like netting and denim and used the same technique as I did on my fall wreath.  This was really easy too and super cute. 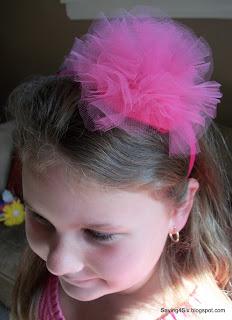 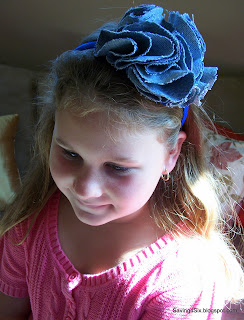 I got this next idea from The Little Giggler .  These felt Hibiscus headbands are darling.  They were my first attempt at headband making and were really easy too. 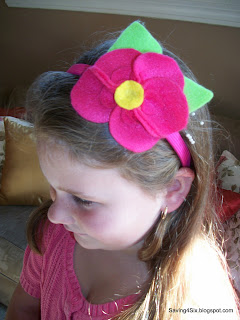 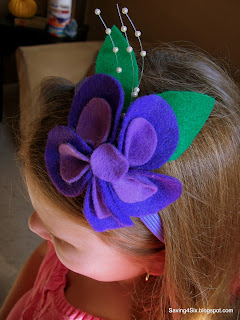 These others were just simple ones made by gluing on pom poms and the other a silk flower that fell off one of my flower arrangements. 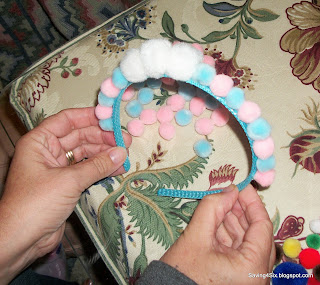 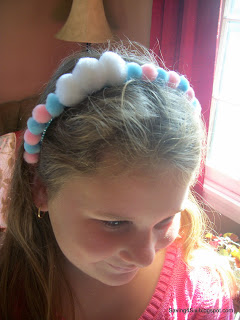 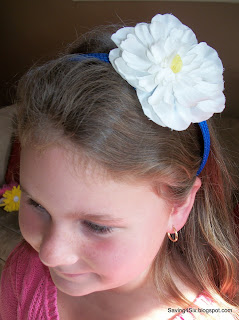 This one I made for balloon night at AWANA.  I used the same technique as I did for the balloon flip flops. 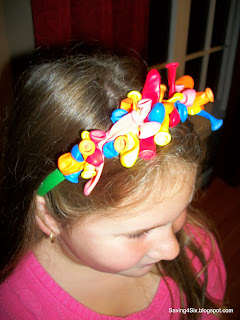 Instead of balloons on this last one, I just tied netting.  This is the one she wanted to wear today.  She looked as darling as ever. 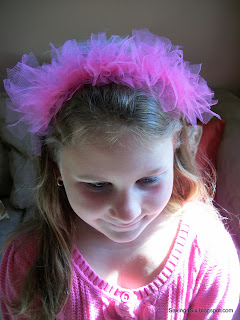 Don’t you just love taking supplies that you have on hand or left over from other projects and using them for some cute and clever creations?
BTW, I get my headbands at Dollar General.  They are only around $1 per package.