Oh, what a week the family behind Saving4Six has had and I think I need to share or vent…which ever is more fitting for a blog post.
Seizures – To make a LONG store short, last Sunday night My Princess, my eight year old daughter had two seizures and was rushed to the hospital by ambulance.  It was the scariest thing I have ever witnessed in my life!  My Princess is typically very healthy and we have no previous history of seizures with her or anyone else in our family.  Monday afternoon, she was seen by a Pediatric Neurologist and underwent an EEG.  With inconclusive tests, she was ordered to have a longer EEG Tuesday in the hopes that she would sleep during it.  So, she was ordered to no more than 4 hours of sleep Monday night and did manage to sleep during her EEG Tuesday morning.  The tests were still inconclusive so she will have an MRI in the coming weeks to determine the cause of the seizures.  She has been placed on antiseizure medication and we are all trying to catch up on many nights of missed sleep.  It has been an interesting week, one in which we have been fearful as humans, but amazed by God’s hand at work in so many areas.  My Princess is handling this situation way better than I am. 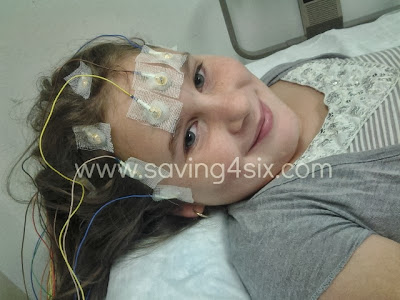 Failures – Last Tuesday, I popped on the blog to tell you that Wednesday, the 17th, Saving4Six would be switching over from Blogger to WordPress.  For those of you that don’t know what that means, I really don’t either…that’s why I hired someone to do the task and I didn’t have any control over when it would happen.  Don’t worry…when you type in Saving4Six.com you will still come to my blog it may just have a different look.  Well, all that to say, four attempts have been made to transfer my blog and they have failed…miserably.  Five months of posts were missing at one point!!  That’s a lot of work.  So, I am back with Blogger…at least for the night and we will try again tomorrow…I think.

Breakages – Now you know that when it rains it pours, right!?  Well, the strut mount went on my van, a ball bearing went on My Better Half’s car, and on the way home from church today my son called to say that something fell off the bottom of the car he drives and it was dragging in the rode.  Really?!!  Yes, really.  Can it get worse?  Oh, yes it can!  Did I mention that my clothes washer broke and I have to go to the laundry mat or my sister’s house to do my laundry?? 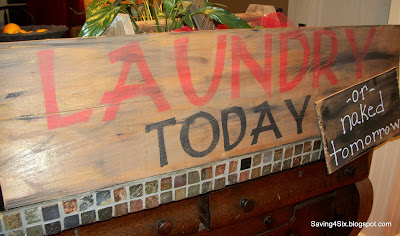 Ok, so I am not a big complainer but you know, sometimes I just need for someone to listen and you all always do such a great job at that!

I certainly hope this week goes a little better than last…Happy Monday!!