So a couple weeks ago I had another one of those moments when I was screaming at My Better Half in the car.  Not the MAD screaming, but the screaming to get his attention to STOP.  No, nothing was running out in front of us and no, he was not about to hit the car in front of us, but he was about to pass up an AMAZING curbside find.  Now, after I had scared My Better Half half to death, he was super excited to jump out for me and run up to the door of the house where my treasure was sitting out, just to verify that this amazing treasure was indeed free.  He was even more excited when two BIG, angry, barking dogs greeted him at the door.  His excitement almost bubbled over when the owners of the house and treasure came home and were waiting in the road to get in their driveway and couldn’t because we were sitting at the end of it.  (Now, I think you can probably figure out that replacing the forms of “excitement” used in this situation could be replaced for another word, but I’ll let you choose the word.)  ANYwhooo, I have the greatest man because he actually did all of the above and then loaded this beauty in my car, without uttering a verbal word of complaint ;)!!! 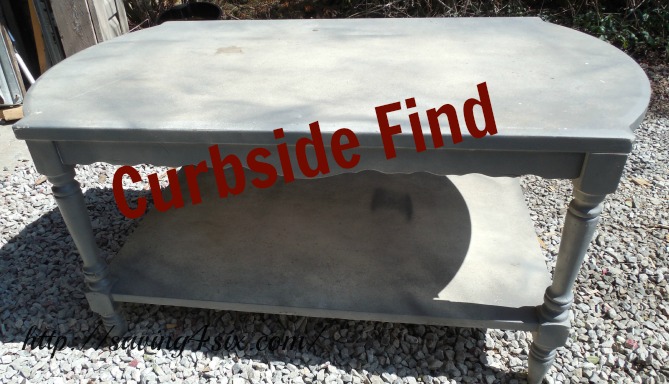 It didn’t look the greatest and was pretty wobbly. 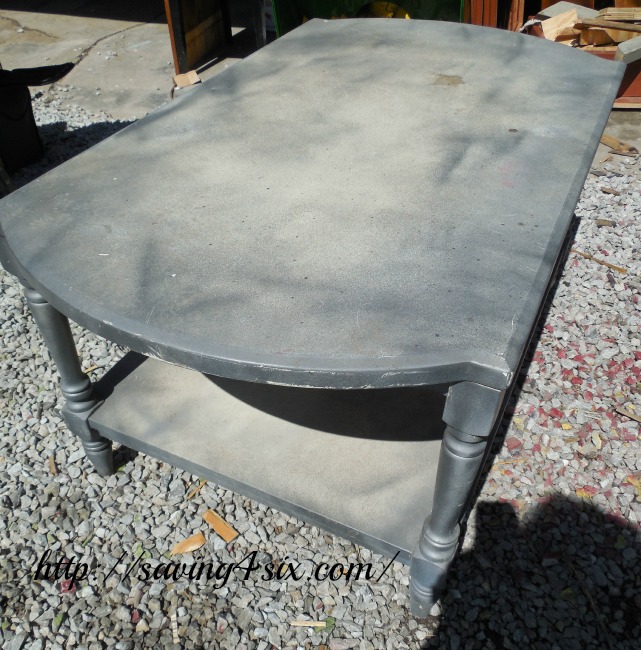 Like someone had tried to spray paint it silver and then ran out before the project was finished. 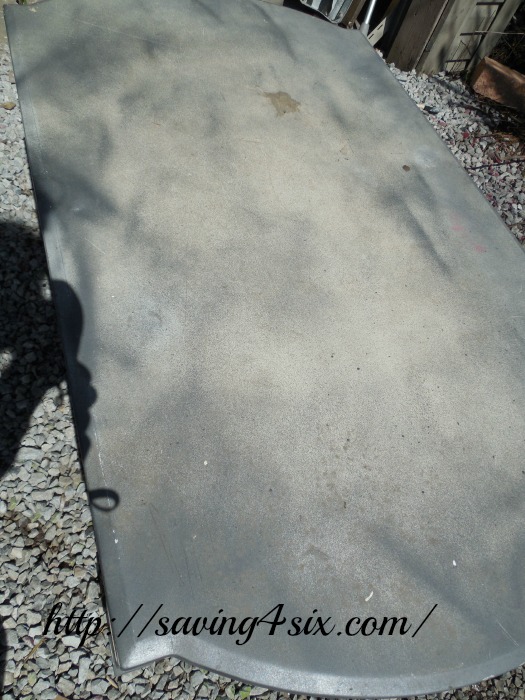 It has some great lines though and I knew it had potential. 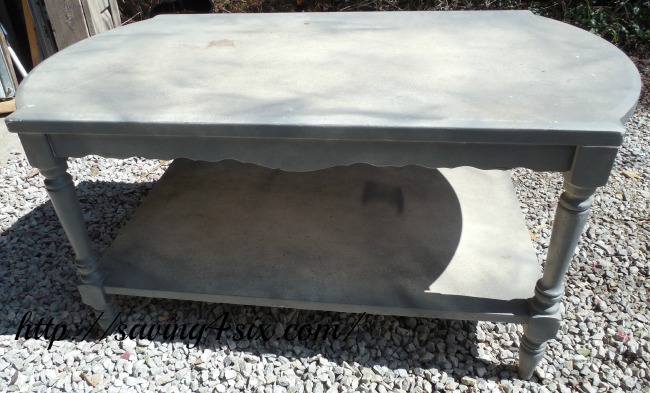 We didn’t have anything going on that afternoon so I got busy with my palm sander and worked to get the paint off the top of this piece. 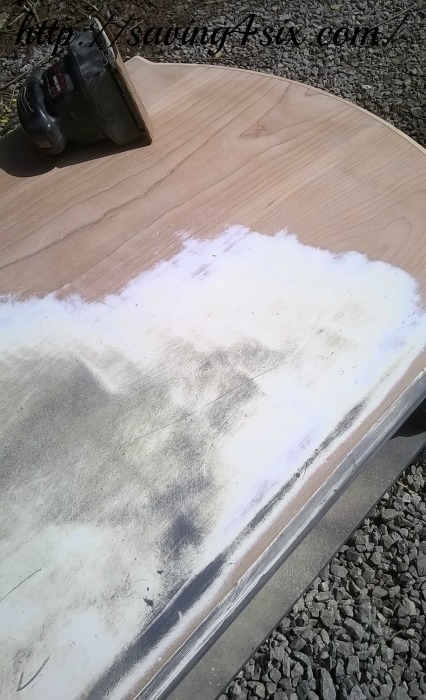 After I got the paint off, I was pleasantly surprised to find that the coffee table was made of maple. 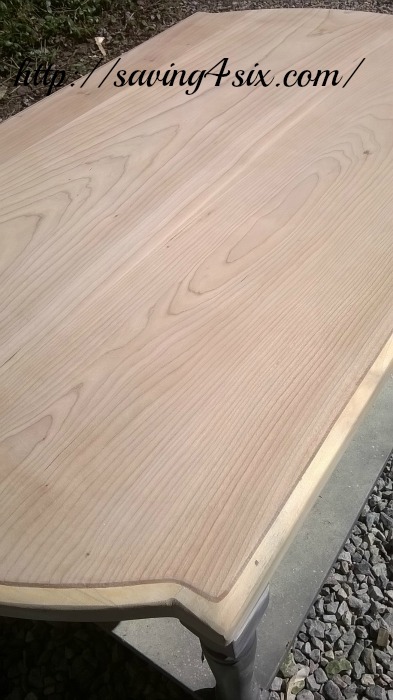 And would look lovely with the same stain we used on our new-old floor.

I decided to use some of my homemade chalk paint on the bottom.  After a good cleaning, the chalk paint adhered nicely to the bottom of the coffee table.  And well, the results speak for themselves… 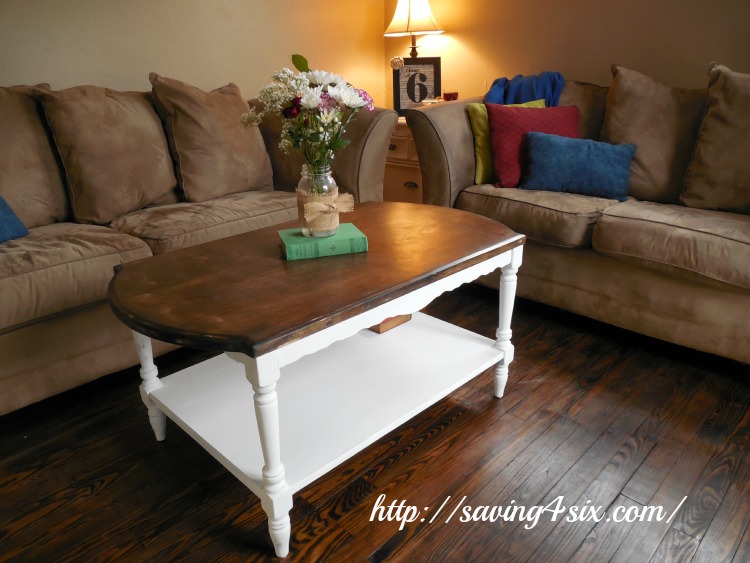 It is not flawless by any means, but I love the finished product.  It ties together my new refinished floors and my side tables that I made-over. 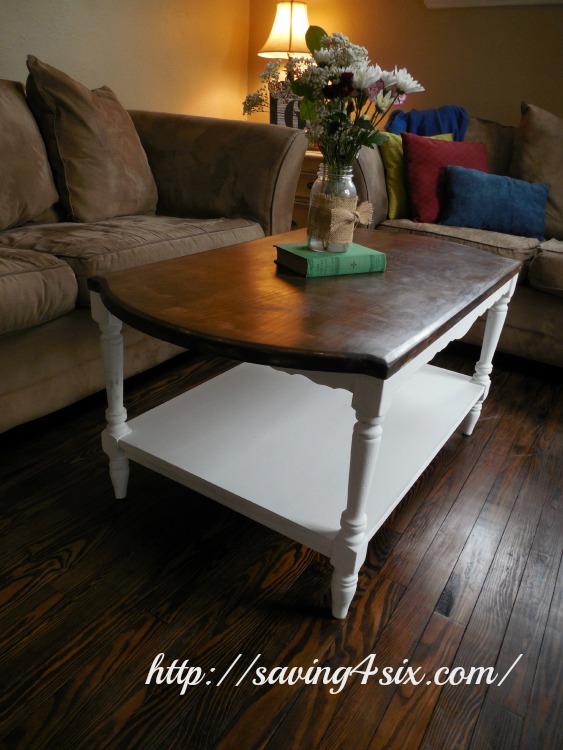 One thing I love about this time of year is that people are cleaning out and getting rid of stuff and many just set it out at the curb.  So, keep your eyes open for a treasure that’s just waiting for a good makeover.

I love a great curbside find!